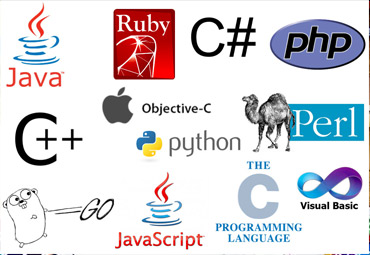 C# was designed by Anders Hejlsberg, and its development team is currently led by MadsTorgersen. The most recent version is 8.0, which was released in 2019 alongside Visual Studio 2019 version 16.3.

Java was originally developed by James Gosling at Sun Microsystems (which has since been acquired by Oracle) and released in 1995 as a core component of Sun Microsystems’ Java platform. The original and reference implementation Java compilers, virtual machines, and class libraries were originally released by Sun under proprietary licenses. As of May 2007, in compliance with the specifications of the Java Community Process, Sun had relicensed most of its Java technologies under the GNU General Public License. Meanwhile, others have developed alternative implementations of these Sun technologies, such as the GNU Compiler for Java (bytecode compiler), GNU Classpath (standard libraries), and IcedTea-Web (browser plugin for applets).

HTML describes the structure of a Web page

HTML consists of a series of elements

HTML elements tell the browser how to display the content

HTML elements are represented by tags

HTML tags label pieces of content such as “heading”, “paragraph”, “table”, and so on

Browsers do not display the HTML tags, but use them to render the content of the page