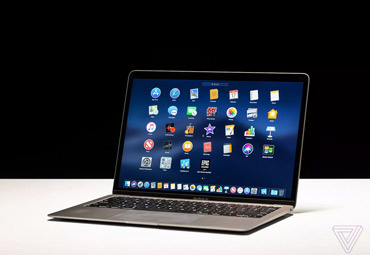 The trusted Word app lets you create, edit, view and share your files with others quickly and easily. It also lets you view and edit Office docs attached to emails. With Word, your Office moves with you. Whether you are a blogger, writer, journalist, columnist, student or a project manager working on documentation, it’s as handy as you want it to be. Word introduces a PDF reader and makes reading a PDF easier. Read your PDFs and e-books while travelling, before bedtime or wherever you want.
Make effective text documents, scripts, blogs, write-ups or CVs. Customise your document, letter, CV or notes your way with robust tools that enable you to accomplish your best writing with the best format options.

Microsoft Excel is a spreadsheet program included in the Microsoft Office suite of applications. Spreadsheets present tables of values arranged in rows and columns that can be manipulated mathematically using both basic and complex arithmetic operations and functions.

Microsoft Office product that provides users with an interface to design multimedia slides to be displayed on a projection system or personal computer. The software incorporates images, sounds, videos, text, and charts to create an interactive presentation. Microsoft PowerPoint interacts with other Office products such as Microsoft Word and Excel, and is included with most Microsoft Office packages.

WordPad is a basic word processor available in every version of Microsoft’s operating systems since Windows 95. It can be used to create and modify documents. Although slower to load than Notepad, it can handle graphics and rich formatting, unlike notepad, along with handling larger files. WordPad is well preferred for taking quick notes and text-based writing.

HTML describes the structure of a Web page

HTML consists of a series of elements

HTML elements tell the browser how to display the content

HTML elements are represented by tags

HTML tags label pieces of content such as “heading”, “paragraph”, “table”, and so on

Browsers do not display the HTML tags, but use them to render the content of the page

CSS describes how HTML elements are to be displayed on screen, paper, or in other media

CSS saves a lot of work. It can control the layout of multiple web pages all at once

Window Management / User Management:-A window manager is system software that controls the placement and appearance of windows within a windowing system in a graphical user interface. Most window managers are designed to help provide a desktop environment.

User management is a core part to any directory service and is a basic security essential for any organization. User management enables admins to control user access and on-board and off-board users to and from IT resources

Microsoft Access is a database management system (DBMS) from Microsoft that combines the relational Microsoft Jet Database Engine with a graphical user interface and software-development tools. It is a member of the Microsoft Office suite of applications, included in the Professional and higher editions or sold separately.

Microsoft Access stores data in its own format based on the Access Jet Database Engine. It can also import or link directly to data stored in other applications and databases.[3]

Software developers, data architects and power users can use Microsoft Access to develop application software. Like other Microsoft Office applications, Access is supported by Visual Basic for Applications (VBA), an object-based programming language that can reference a variety of objects including the legacy DAO (Data Access Objects), ActiveX Data Objects, and many other ActiveX components. Visual objects used in forms and reports expose their methods and properties in the VBA programming environment, and VBA code modules may declare and call Windows operating system operations.

Adobe Photoshop is a raster graphics editor developed and published by Adobe Inc. for Windows and macOS. It was originally created in 1988 by Thomas and John Knoll. Since then, this software has become the industry standard not only in raster graphics editing, but in digital art as a whole. The software’s name has thus become a generic trademark, leading to its usage as a verb (e.g. “to photoshop an image”, “photoshopping“, and “photoshop contest“) although Adobe discourages such use.[4] Photoshop can edit and compose raster images in multiple layers and supports masks, alpha compositing, and several color models including RGB, CMYK, CIELAB, spot color, and duotone. Photoshop uses its own PSD and PSB file formats to support these features. In addition to raster graphics, this software has limited abilities to edit or render text and vector graphics (especially through clipping path for the latter), as well as 3D graphics and video. Its feature set can be expanded by plug-ins; programs developed and distributed independently of Photoshop that run inside it and offer new or enhanced features.